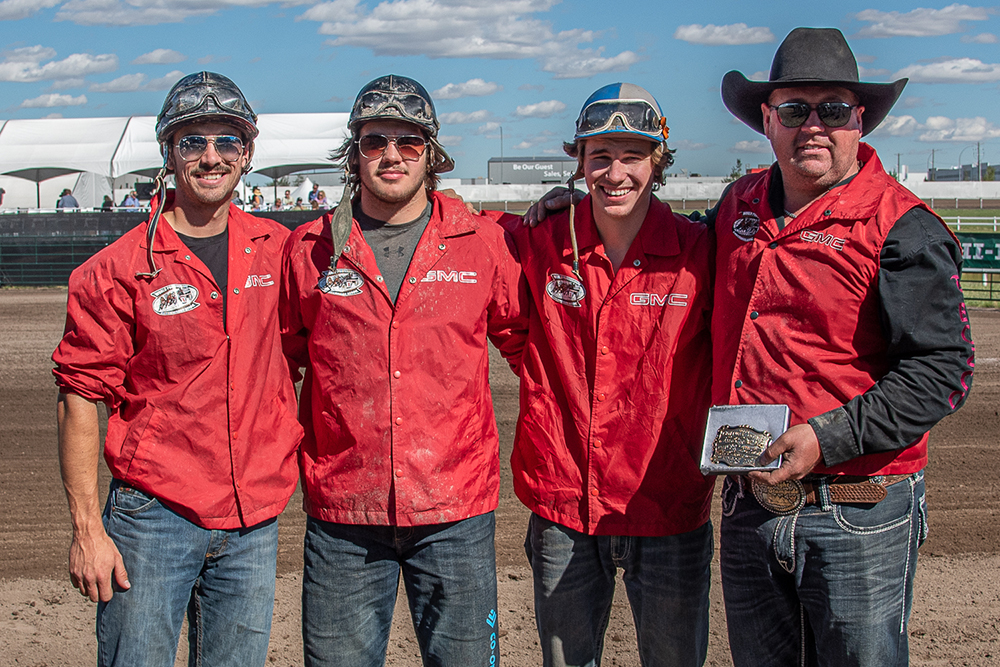 It was a big day at Century Downs Racetrack and Casino as the 2022 season wrapped up on a beautiful Sunday afternoon in Rocky View County, Alberta. There was a lot on the line as Kris Molle, Chad Fike, Obrey Motowylo and Ross Knight would compete in the Century Downs "Winners' Zone" Championship Dash where they raced for $75,000.00 cash. When the wagons crossed the finish line for the last time in 2022, it was Kris Molle, driving the Chariot Express outfit, and along with outriders Nolan Cameron, Hayden Motowylo & Kaeden Molle, who captured the season ending event and will have the distinction of being recognized as the Century Downs "Winners' Zone" Champions.

There was $60,000.00 in cash up for the 32 drivers who did not qualify for the Century Downs "Winners' Zone" Championship Dash. Heat winners included Dustin Gorst in heat #1, Josh Hrynyk in heat #2, Roger Moore in heat #3, Wade Salmond in heat #4, Rae Croteau Jr. in heat #5, Kirk Sutherland in Heat #6, Vern Nolin in heat #7 and Chanse Vigen in heat #8.

Congratulations to the 2022 World Champions, driver Layne MacGillivray and outrider Rory Gervais, and many thanks to all the corporate partners, broadcast partners, support staff and chuckwagon fans all along the 2022 WPCA Pro Tour. Enjoy a safe and prosperous off-season, and we will see you all in 2023.