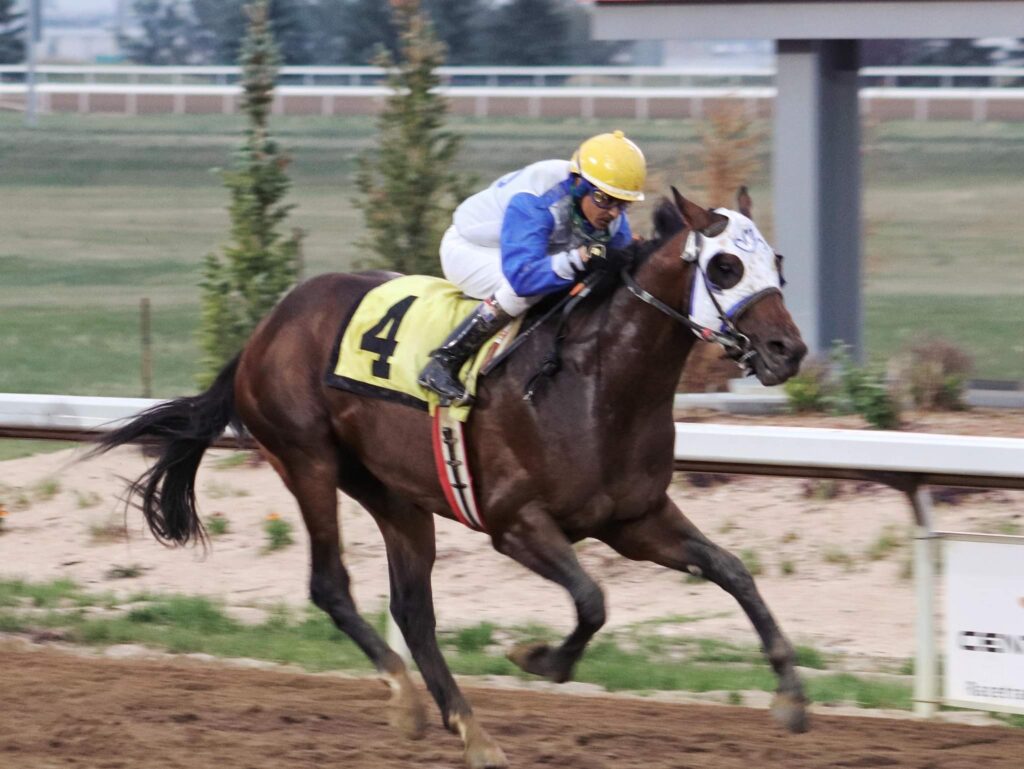 Last Sunday WPCA driver Kirk Sutherland was racing in the Eagle Builders $25,000.00 Dash for Cash against Vern Nolin, Evan Salmond and Dustin Gorst.  Sutherland now sets his sights on the $125,000.00 Canadian Derby at Century Mile Racetrack and Casino where his horse Tony’s Tapit will be racing on Saturday.

As a chuckwagon driver, Kirk Sutherland has won some of chuckwagon racings most prestigious events and awards.  In 2014 he was the world champion, in 2015 he won the Ponoka Stampede, then in 2016 he was crowned Calgary Stampede Champion.  Now after competing in last weeks Dash for Cash in Ponoka and in his 29th final heat qualification of his wagon racing career, Kirk Sutherland will move from the wagon box to the paddock as he prepares for the 2021 Canadian Derby.

The Canadian Derby is a thoroughbred horse race run annually at Century Mile Racetrack and Casino located in Leduc county.  The race is open to three-year-old horses.   This year eleven (11) horses are entered in the Canadian Derby including Tony’s Tapit a 3 year old Kentucky Bred Bay Colt owned by Kirk Sutherland.  Tony’s Tapit is sired by Kentucky bred “Tonalist” who won the Belmont Stakes in 2014 and earned over $3.6M on the racetrack over 16 races.

Sutherland bought Tony’s Tapit privately in Phoenix, Arizona with the $125,000 Canadian Derby on his radar.  The horse’s results were not great in 2020 when he raced at Cantebury Racetrack in Minnesota and Mountaineer in West Virginia, however, on January 4, 2021 when he first raced at Turf Paradise in Arizona his results started to change.  In 6 races at Turf Paradise, Tony’s Tapit won 4 races and has continued the momentum into Century Mile and now has a pretty impressive profile. 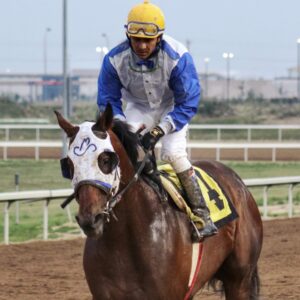 Heading into the 92nd running of the Canadian Derby this Saturday, Tony’s Tapit is listed as the 5/2 morning line favorite.  The Bay Colt will be coming out of post position 5 and with this being the biggest test of his career, Kirk Sutherland and the connections will now find out how good this horse can be.