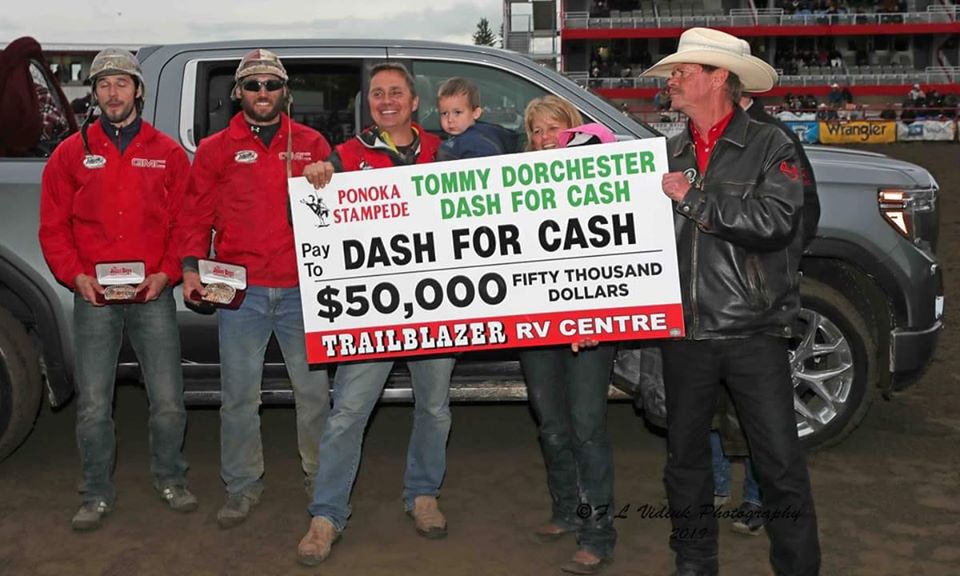 Driver Mark Sutherland was running lights out during the 2019 season. With some extra horsepower in his barn, he's once again primed for a successful 2020.

Mark Sutherland has some big boots to fill this year. And no, it's not because of his family name. Sutherland has high expectations for 2020 after one of his most successful seasons in the WPCA last year.  Finishing seventh in the world and winning the prestigious Ponoka Stampede just wasn’t good enough; he wants more. So how does he get better? It starts with his barn. Mark spent a month last fall traveling through the United States, scouting for new members of the team. "I was able to get a couple from racetracks down south. I’m pretty excited about one of the horses who looks a like a natural," Sutherland explains. "He drives nice, is smart and seems to like it, which is key. He did have a career-ending soft tissue injury for thoroughbred horse racing, but given a year off, he looks healthy enough to run on a wagon. Which is the nice thing about buying off a racetrack, you can give them a second chance."

The "high-tech redneck's" journey took him to Iowa, Minnesota, and St. Louis to add more depth to his barn. Sutherland purchased some horses in Iowa who ran chuckwagon races there. "They don't race to the caliber we do, but I saw potential in a few. I think some of them are going to turn out, or at least I hope they do," Sutherland said.

All these new additions mean Sutherland is in a great position to be just as dominant this year as he was last year. "I'm set to be competitive again this year," he said. "I was certainly disappointed last season with the way I raced at the Calgary Stampede.."

Typically, when drivers do well at Ponoka, it carries on when they pull into the world-famous Calgary Stampede.  In 2017, Kurt Bensmiller won Ponoka and took that winning momentum into Calgary to win the Rangeland Derby. Unfortunately for Sutherland, and some of the other top drivers on the WPCA tour last summer, Calgary just wasn't their stage to shine on. 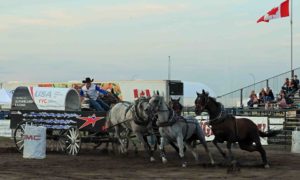 "I've been very competitive at the Stampede for a long time and last year I just wasn't," Sutherland describes. "I just didn't have it. I was down a few horses. I had some horses that had to get pulled out of the lineup early in the season. You know I was disappointed. (I) won Ponoka and was very competitive in Saskatoon, second in High River, and certainly very competitive at most shows last year. And then I came into Calgary and didn’t have the year people are accustom to me having."

For a career that spans almost 30 years, Sutherland has practically seen it and done it all. But his racing life didn't start in 1993 when he officially became a driver. It began when he was born. "I traveled with my Dad (Kelly Sutherland) since the time I was born," he recalls. "I was born in February and we were at the Grande Prairie races for the start of the season. I remember trips in the truck to Manitoba. I remember driving into Calgary when I was a kid, being all excited to see my friends. There's a lot of memories."

Mark's had the chance to do some special things in this sport. He's raced against his Dad and his son Dayton and even watched Dayton outride for grandfather Kelly to win the Strathmore Heritage Days. Outside of the wagon box, Mark has three grandchildren who we may see outriding and driving one day in the future. 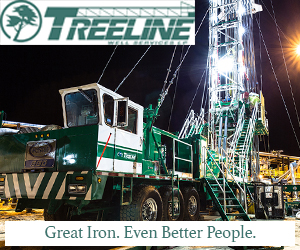 Stay home and stay safe, so we can all watch Mark Sutherland and 35 other drivers race their way through the summer of 2020.