Former Competitor Dave Shingoose Passes Away at the age of 74 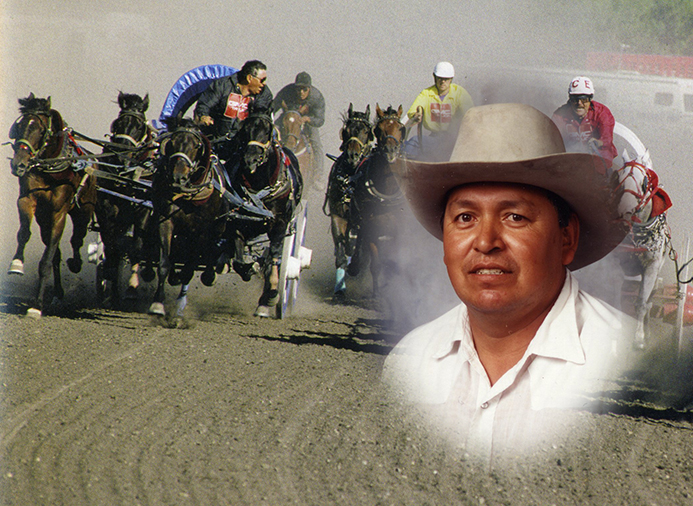 The World Professional Chuckwagon Association was saddened by passing of former competitor Dave Shingoose on Wednesday, May 12, 2021 after a lengthy illness at the age of 74 years.

Dave grew up on the Saulteaux Cote Reserve near Yorkton, Saskatchewan, and joined the Canadian Armed Forces in 1965. He was honorably discharged in 1968, and soon after was invited to a Montreal Expos evaluation camp. Dave began his chuckwagon career as an outrider in 1972, and won the Cheyenne Frontier Days in 1975 as an outrider behind Orville Strandquist. After 10 years in the saddle, Dave retired from outriding following the 1981 season.

Dave resumed his chuckwagon career in 1990, this time as a chuckwagon driver with the World Professional Chuckwagon Association. He was named the Most Sportsmanlike Driver at the Battle of the North in Dawson Creek, British Columbia in 1995, and retired after the 1998 season

The Shingoose family would like to thank Siksika for accepting our brother, and treating him as one of your own, and giving him a chance to live out his dream.

A Celebration of Dave’s Life will be held at the Gordon Yellow Fly Memorial Arbour (Siksika Nation, AB) on Monday, May 17, 2021 at 1:00 p.m. Graveside Service to follow at Crowfoot Cemetery (Siksika Nation, AB). A drive-thru feast will follow at the residence of Keevin Doore. Condolences, memories and photos may be shared and viewed on Dave’s obituary at www.McInnisandHolloway.com.

A special thank you to Carewest Sarcee, and Strathmore Hospital for the care that they provided to Dave, as well as Siksika Chief and Council.

Dave will be missed by all in the WPCA, and we extend our sincere condolences to the Shingoose family.

Over the last 18 months the sport of chuckwagon racing has been in a battle...

The sport of chuckwagon racing has been faced with a storm of emotions and challenges...

It's been over 20 months since the horn sounded for a WPCA event but that...