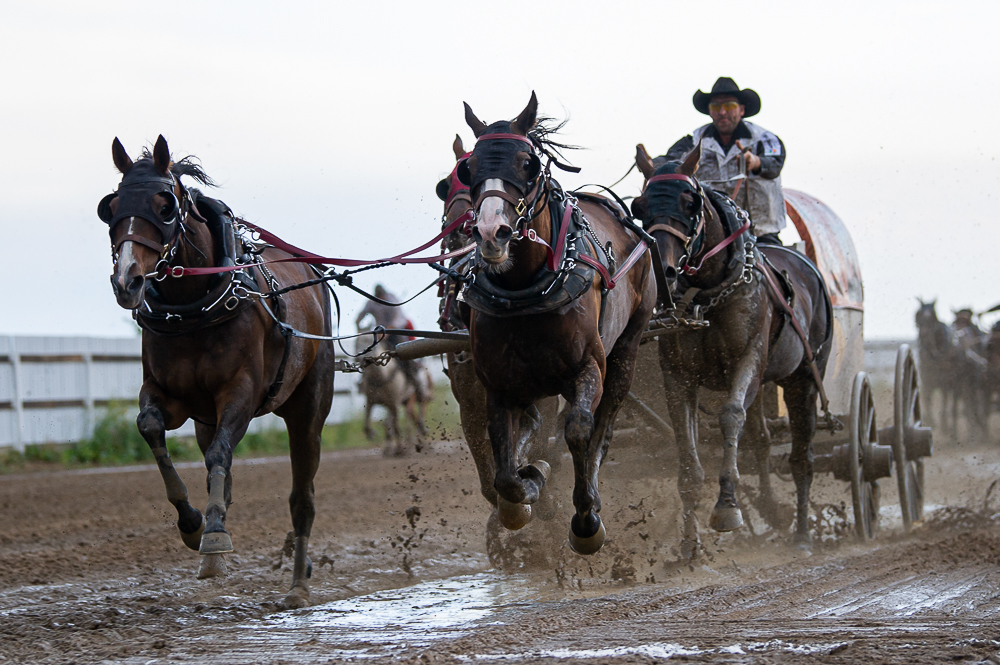 After a large amount of rain fell on the chuckwagon races in Bonnyville, Alberta, there was a big shake up at the top of the leader board, and the finalists for the Championship Final Heat have now been set. Both of Kurt Bensmiller’s wagons plus Chanse Vigen will the three wagons who will compete on Sunday to see who will take home the 2021 Bonnyville Chuckwagon Championship.

The finals of the Bonnyville Chuckwagon Championship can be heard live on Sunday afternoon, August 8, 2021, on WPCA Radio at 4:00pm Eastern, 3:00pm Central, and 2:00pm Mountain time on Rural Radio on SiriusXM Channel 147 Satellite Radio.