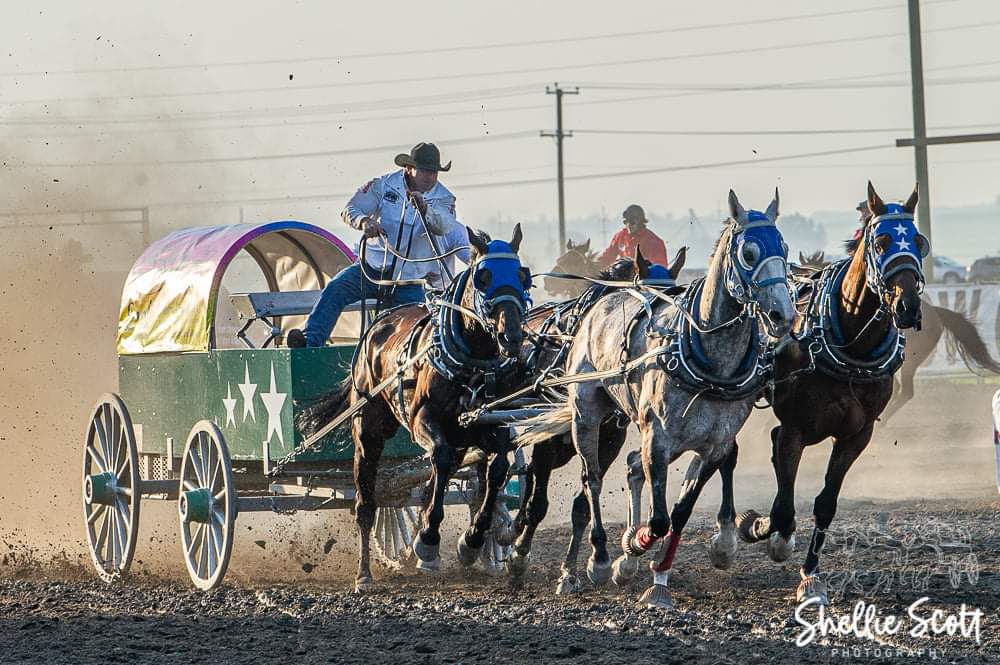 Just 2 months ago, the chuckwagon racing landscape for 2021 was full of uncertainty as the sport was faced with many challenges and potential devastation.  The rally by fans, sponsors, volunteers and competitors to fight for the western heritage and the sport they love has already paid dividends and now paves the way for a favorable future.

In early July, the Dewberry Chuckwagon Heritage Society rallied to support the WPCA and hosted a 4 day event that featured a $25,000.00 Dash for Cash.  The Mid-West his home to thousands of loyal chuckwagon racing fans and sponsors.  Their passion for the WPCA was evident as businesses showed their financial support and fans filled the stands.

Two weeks later, the WPCA in partnership with the High River Agricultural Society launched what could become one of the premiere events on the WPCA Pro Tour and in the sport of chuckwagon racing.  Titled “Battle of the Foothills” the new 6 day championship format featured a 4 Day Qualification Round, Semi-Final Saturday and Showdown Sunday where $75,000.00 was paid out over 10 heats including $30,000.00 in the Battle of the Foothills Dash for Cash.

The Battle of the Foothills was put together in just 6 weeks and surpassed all expectations. “Being a small board, this was a big leap of faith for us” said High River Agricultural Society president Tanya Froh. “The support of chuckwagon racing fans was so overwhelming in the best way possible.”

The success of the Battle of the Foothills helped inject new life into the sport of wagon racing and made a positive impact on fans.  “To see the event sold out, fans packed to the rafters and having fun again was the best reward we could hope for” says Froh, “A lot of people came together in a short period of time, they put in a lot of hard work and I couldn’t be more proud.”

With Dewberry and High River building momentum, the WPCA Pro Tour now shifts it’s focus to the Strathmore Stampede where once again tickets are selling fast with at least 2 of the 4 days expected to be sold out.

Layne MacGillivray won the Dewberry Dash for Cash and after a solid performance in High River, he now sits number one in the world standings with 112 points.  Doug Irvine, Vern Nolin and Dayton Sutherland round out the top 4.  The four drivers will hook up nightly in heat 9 at the Strathmore Stampede.

Chanse Vigen captured the Battle of the Foothills Dash for Cash in High River. Although he currently sits 12th in the World Standings, if he continues to perform like he did in last weekends championship dash coming off the number four barrel, it won’t be long until he makes a major move upwards.

All races can be heard live on Rural Radio SiriusXM Channel 147 Satellite Radio.