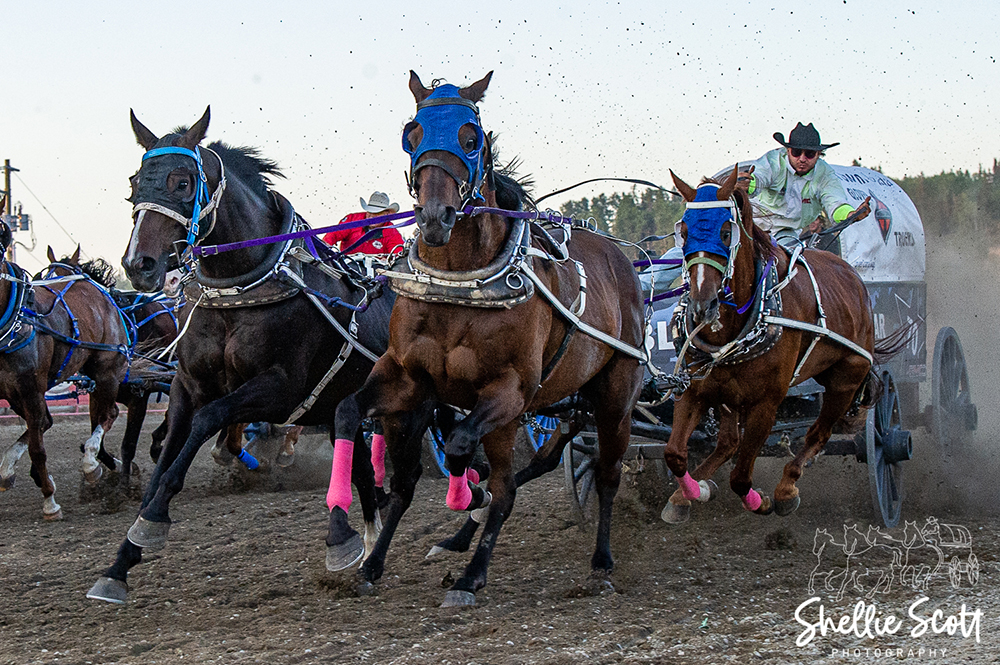 It was a perfect evening at the 2022 WPCA Pro Tour stop at the Battle of the Rockies in Rocky Mountain House, Alberta where Vern Nolin came into this year’s event as the defending champion. It’s the last chance for the drivers to try and make the top twelve for a chance to qualify for the Century Downs Racetrack and Casino Winner’s Zone Playoff Round.

On the day it was Bonnyville champion Chanse Vigen, driving the Volker Stevin/Glover International Trucks outfit, who posted the fast time of the night with a 1:15.25. Coming off barrel 1 in heat number 8 of the evening, Vigen had the fast time of the night a mere 5 one-hundredths of a second over Evan Salmond. Last week’s Dawson Creek Champion Layne MacGillivray was third, Roger Moore was fourth, with Wade Salmond, who despite a 1 second penalty, was still able to grab fifth place on the evening. The driver posting the best 4-day aggregate time after Sunday’s run will take home the 2022 Battle of the Rockies Championship.