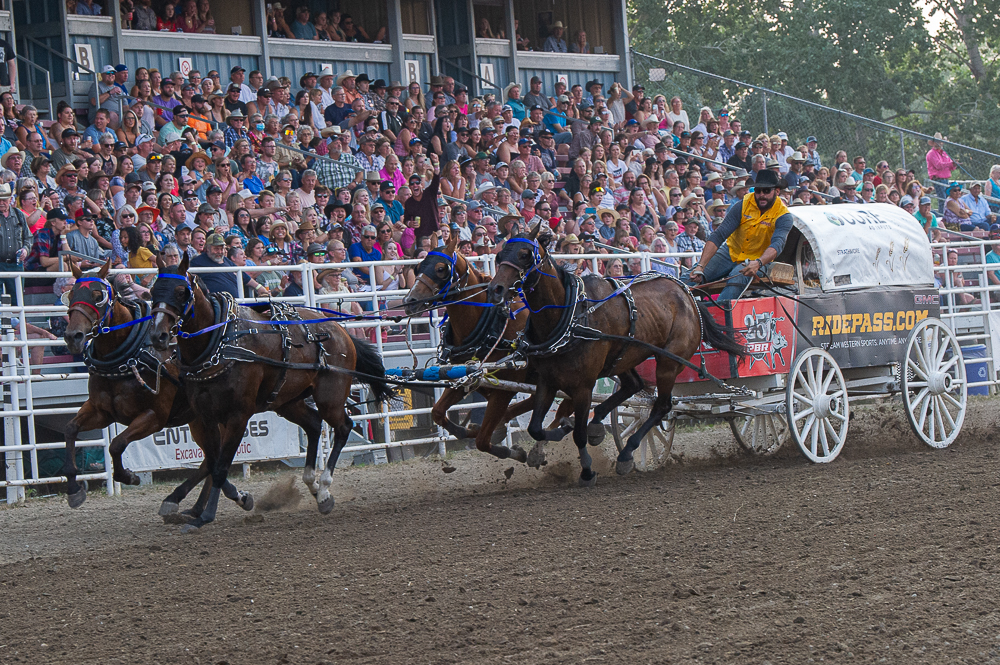 Mother Nature has been very kind to the city of Dawson Creek, British Columbia as night 3 of the Battle of the North was run under warm temperatures and mostly sunny skies on Friday night at Mile “0” of the Alaska Highway. Tonight, it was 2021 Strathmore Stampede Champion Chance Bensmiller’s turn to cash the top cheque on the night with a run of 1:14.03 from barrel position number 4 in the sixth heat of the evening.

With one run to go to determine Sunday’s Championship final heat, Kurt Bensmiller’s Artesian Insurance – Beaverlodge/All Peace Realty Ltd. outfit is sitting in first place in the overall aggregate standings with a combined total time of 3:44.62. That’s 83 one-hundredths of a second better than Obrey Motowylo, with day 1 winner Kris Molle in third and Kurt Bensmiller’s second wagon making out the top four. Chanse Vigen is on the outside looking in in fifth place overall, 1.64 seconds out of a spot in Sunday’s championship final.

The top 4 drivers in the aggregate after Saturday’s run will go into the winner-take-all championship final heat where the winner will take home a big bonus cheque, and the 2021 Battle of the North Championship.