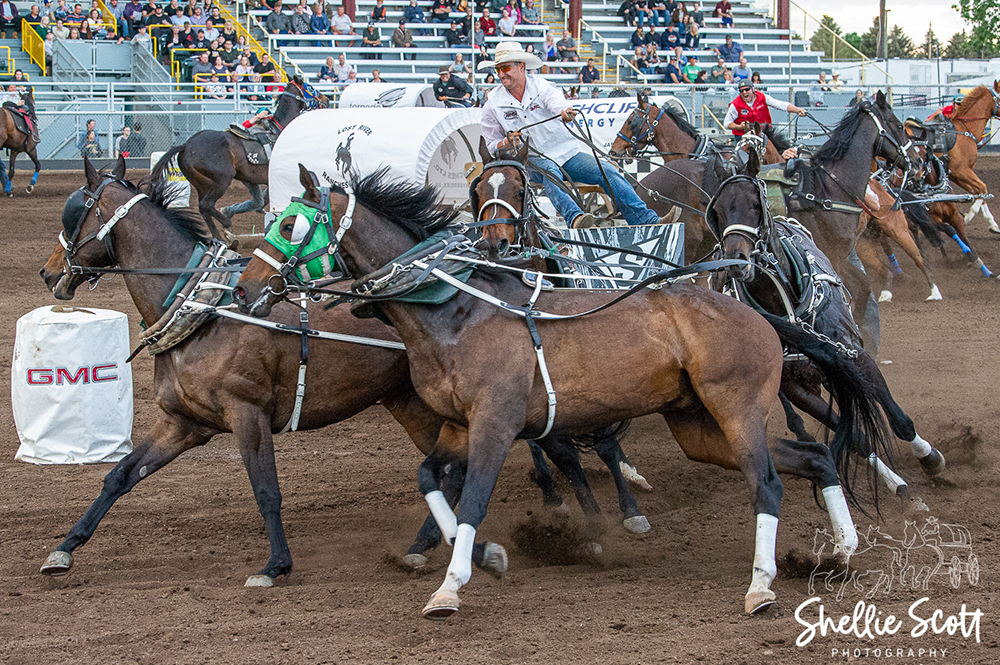 Night 3 was one of the most exciting nights of chuckwagon racing all season long. Some big runs from some drivers combined with some ill-timed penalties by others, made for a wild shake up atop the leaderboard. Saturday night was the final night for the drivers to try and qualify for the championship final heat on Sunday afternoon. When the evening was complete, Chad Fike, Kris Molle and Doug Irvine will be the three drivers bidding for the 2022 Medicine Hat Exhibition & Stampede Championship.

Chad Fike posted the fast time of the week and jumped from fourth place overall to start the day into first place overall with a three-day combined time of 3:09.36, followed by Kris Molle who jumped five spots into second place overall, 1.51 seconds behind the aggregate leader Fike, with Doug Irvine jumping from sixth place into the third and final qualifying spot in Sunday’s final. Rae Croteau Jr. ended up in the crying hole, placing fourth overall and missed the winner-take-all final by 13 one-hundredths of a second, with Kirk Sutherland rounding out the top five overall.

As far as day results are concerned, and as mentioned previously, Chad Fike had the fast time of race meet after posting a 1:00.84 from barrel 1 in the 11th heat. Fike’s Lost River Ranches Ltd. outfit won the day money by a 85 one-hundreds of a second over Mark Sutherland. Kris Molle placed third, while Chance Bensmiller and Doug Irvine placed fourth and fifth respectively on the night.