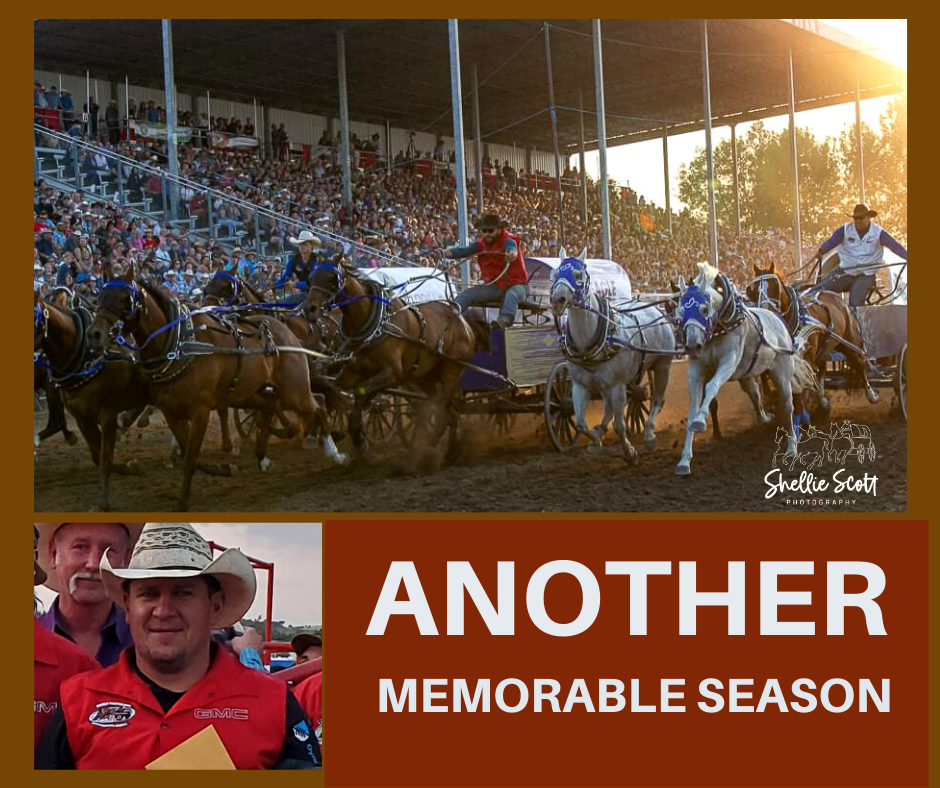 It was a season of firsts in 2021 and we were treated with exciting races, amazing finishes and everlasting memories. The race for the World Title came right down to the last show in Ponoka where driver Obrey Motowylo claimed his first World Championship after holding off a late season charge by 4 - Time World Champion Kurt Bensmiller. Along with Obrey's first World Title, there were plenty of other firsts in 2021.

BATTLE OF THE FOOTHILLS

On June 10th, the WPCA announced that the 6 day Battle of the Foothills would be held in High River, Alberta with over $150,000.00 in prize money paid out.  The announcement ignited a spark that created excitement for fans, sponsors and competitors.  Fans engaged on social media and they immediately purchased their tickets and planned to experience what was expected to be an electric event.  Sponsors reached out to be part of the action and competitors finally started to see a race season coming together.

5 of the 6 days in High River were sold out with record crowds filling the stands. In a highly anticipated $30,000.00 Championship, Chanse Vigen, Vern Nolin, Evan Salmond and Layne MacGillivray would race in what turned out to be one of the highlights on the 2021 WPCA Pro Tour presented by GMC.  Chanse Vigen with outriders Rory Armstrong and Ryan McNeill with an explosive run off the number 4 barrel would finish first to capture the championship.

Dean Dreger is a veteran driver with over 20 years experience.  Dean was the Top Rookie Driver on the WPCA's Second Circuit in 1999, and the Western Chuckwagon Association Champion in 2016.  Dean ran his first race on the WPCA Pro Tour presented by GMC at the Battle of the Foothills in High River.

Tuff Dreger is a third-generation chuckwagon competitor. He is the grandson of chuckwagon legend Kelly Sutherland and son of fellow driver Dean Dreger.  Tuff ran his first WPCA race at the Battle of the Foothills in High River.

Derek Aebly was the Western Chuckwagon Association's Top Rookie Driver in 2011.  Derek also ran his first race with the WPCA in 2021 at the Battle of the Foothills.

Colin Lefley made his WPCA debut at the Battle of the Foothills in High River. Colin began his career helping fellow driver Chanse Vigen, and ultimately made the move into the wagon box himself as a driver.

Born January 5, 2004, Hayden Motowylo started outriding in 2019 at the age of 15.  Most of his rides in 2019 were for his father Obrey, Darcy Flad and Layne Flad with additional mounts behind Jason Glass and Codey McCurrach.  In his rookie year, Hayden was throwing stove, then in 2021 he started holding leaders for Obrey in Dewberry.  Following the Dewberry event, Hayden went on to throw stove and hold leaders for other drivers throughout the remainder of the season.  Hayden and his brother Ethan battled for the outriding title with the younger sibling winning by just 182.5 points.

Nolan Cameron made his WPCA outriding debut in Dewberry when he was outriding for Dustin Gorst.  In Strathmore, Nolan recorded his first win as an outrider when he rode for driver Chance Bensmiller.

Jaron Danylchuk made his professional outriding debut behind Tuff Dreger at the Battle of the Foothills in High River.

Tyler DeSutter made his professional debut behind Cody Ridsdale at the Battle of the Foothills in High River. Tyler has been following the professional chuckwagon circuit with his parents - longtime sponsors and active supporters Jeff and Julie DeSutter.

Branson Harden is a fourth generation chuckwagon competitor and the nephew of former Calgary Stampede Champion Chad Harden. Branson made his debut riding behind his uncle Chad Harden at the Strathmore Stampede.

Ben MacLennan was recruited by his friend and fellow rookie outrider Jaron Danylchuk and asked to come work with driver Dean Dreger. Ben mads his debut ride behind Dean Dreger at the Battle of the Foothills in High River.

Kaeden Molle is a 2nd generation chuckwagon competitor and the son of chuckwagon driver Kris Molle. Kaeden made his WPCA outriding debut behind his father's wagon at the 2021 Dewberry World Chuckwagon Races.

The Dewberry Chuckwagon Heritage Society hosted the WPCA Pro Tour over the July long weekend and for the first time ever there was a $25,000.00 Dash for Cash in Dewberry.  Obrey Motowylo, Kris Molle and Layne MacGillivray raced for the cash with Layne MacGillivray recording the win.

After 9 years in the CPCA, Kris Molle officially ran his first WPCA race in 2021 and it didn't take long for him to make an impact. Kris recorded the top time on nights one and two in Dewberry then qualified for the $25,000.00 Dash for Cash.  Kris was first across the finish line, however, penalties dropped him to 3rd.  Kris would go on to finish 4th in the year end standings with 582 points.

With 2021 now in the past, the World Professional Chuckwagon Association focuses on 2022 and beyond.  There will be many more firsts for the WPCA to share with fans and sponsors in the future.  The question is.......what will they be?