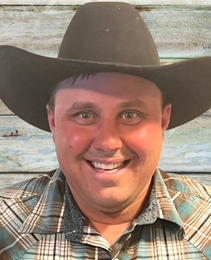 A veteran driver who will be making his debut with the WPCA at the Grande Prairie Stompede in 2022. Todd last competed in 2019 on Western Chuckwagon Association circuit in 2019, where he captured 3 show championships at the Grande Prairie Stompede, the Manning Rodeo and the Woodland Rodeo in Whitecourt, en route to a runner-up finish for the WCA Championship. Todd started his career in 2008 on the WCA circuit and received the WCA Safety & Sportsmanship Award in 2008, 2010, 2011 and 2018. He won his first show at the WCA’s Dawson Creek Exhibition in 2017, and placed in the top ten overall in the Western Association six times including his last 3 seasons consecutively.