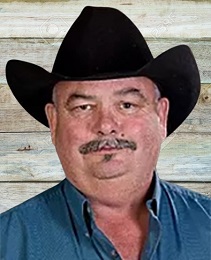 After spending the eleven years on the Western Chuckwagon Association (WCA) circuit, Roy came full circle and returned to the WPCA as a chuckwagon driver for the first time since competing on a permit in 1986. 2021 was the second year that Roy competed on the WPCA Pro Tour as a full member. in 2019, Roy gained the distinction of being the winner of the first chuckwagon race to be run on the new racetrack at Century Downs in Calgary. Roy was introduced to chuckwagon racing first hand in the late 1970's by former driver Roy Schickerowski prior to starting his career as a barn hand helping former driver Roy David, as well as a chuckwagon judge. By 1985 Roy assembled his first outfit, took out a permit with the WPCA and drove his first race at the Trochu Lions Club Race Meet. After the 1986 season Roy hung up the lines to raise a family, but kept close to the sport as a judge for another 12 years. He received the WPCA Judging Award in 1998. A decade later Roy got the bug for driving again and joined the WCA in 2008. During his time with the WCA, Roy also received the WCA's Most Improved Driver and WCA Safety Award as well. Roy is the owner/operator of Double R Exteriors, and enjoys camping and fishing when he is not wagon racing. Roy has 3 children - Jessica, Rebecca and Tim - and 2 grandchildren. Roy and his wife Sheri make their home in Didsbury, Alberta.