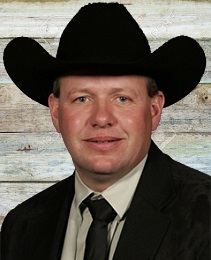 After spending the 2021 season on the CPCA circuit, Ross is back on the WPCA Pro Tour for 2022. While on the CPCA circuit in 2021, Ross posted 18 top ten runs, including 3 runs that also cracked the top five. He had 4 top 10 overall finishes, with a fifth place finish at the Meadow Lake Stampede being his best of the season.

Ross had a major breakthrough his previous 2 seasons on the WPCA Pro Tour when he won the Battle of the North in 2018, and was the top pointed driver in the inaugural Century Downs “WINNERS ZONE” playoff standings in 2019. He has twice been a semi-finalist at the Ponoka Stampede and once at the Calgary Stampede, and in 2019 his horse “Lou” was named Champion Right Wheeler on the Calgary Stampede Equine Outfit of Excellence. Prior to running on the WPCA Pro Tour, Ross competed for many years on the Canadian Professional Chuckwagon Association (CPCA) circuit where he has won three career CPCA show championships, received the CPCA's Most Sportsmanlike Driver Award in 1994, and was a finalist for the championship final heat for the CPCA Championship in 2005.

As an outrider Ross outrode for three Calgary Stampede Aggregate winners and is a three–time CPCA Champion Outrider. Ross is the father of World Champion Outrider Casey Knight, younger brother to former driver Jim Knight and cousin to driver Wayne Knight. Ross and his wife Gail have two children - Carlee and Casey, and make their home in St. Walburg, Saskatchewan.