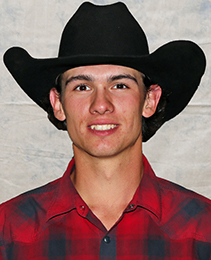 The lone competitor from Manitoba on the WPCA Pro Tour, Quinn broke through in 2019 by winning his first career show championship behind Doug Irvine at Guy Weadick Days. In addition to Doug Irvine, Quinn was a mainstay behind Troy Dorchester and Wade Salmond all season long.

Quinn is a 3rd generation chuckwagon competitor whose grandfather Dennis Langevin was the 1983 WPCA Top Rookie Driver, and his uncle Dallas Langevin drove on both the WCA and CPCA circuits.  In his spare time Quinn enjoys basketball, singing, dancing and musical theatre. He makes his home in Virden, Manitoba.