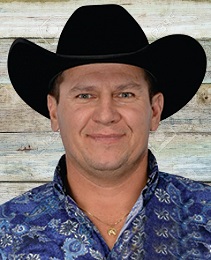 2021 was a season that combined consistency with brilliance for Obrey, and for the first time in his career he can call himself  a World Champion Chuckwagon Driver. He won the Battle of the North, and qualified for two championship final heats at the Dewberry World Chuckwagon Races and the Battle of North. His win at the Battle of the North was extremely memorable, as for the first time both of his sons - Ethan and Hayden - were outriding for their father making it a full Motowylo family victory. The 2021 race season saw Obrey record 11 top ten runs, including two day money runs and 12 runs that also placed inside the top five. He placed inside the top ten overall at all but one show on the 2021 WPCA Pro Tour. Over the past decade, Obrey has established himself among chuckwagon racing’s elite, amassing 7 victories and host of other testimonials.

Obrey received the WPCA’s Most Improved Driver Award in 2009, and has had three horses named to the WPCA's Equine Outfit of Excellence. Obrey started his career with a brief run in the Western Chuckwagon Association (WCA) driving a partial year in 2004 where he won the Teepee Creek Stampede. The following year he competed on the Canadian Professional Chuckwagon Association (CPCA) circuit and was the CPCA's High Point Rookie Driver in 2005. Prior to driving the big wagons, Obrey drove Pony Chuckwagons and was a 3-time World and 3-time North American Pony Chuckwagon.

A farmer and rancher in the off-season, Obrey and his wife Angie have 2 children – outriders Ethan and Hayden - and make their home in Bluffton, Alberta.