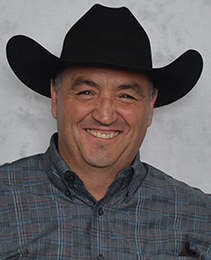 Luke started the 2019 season off with a bang by sweeping the first show of the season in Grande Prairie when he won the Grande Prairie Stompede and took Ralph Vigen Memorial Award for the having the best aggregate time in the process. He qualified for 3 championship final heats at the Grande Prairie Stompede, the GMC Rangeland Derby, and the Century Downs "WINNER'S ZONE". He posted 27 top ten runs, including 2 first place runs and 12 runs that also placed inside the top five.

Luke was the World Champion Chuckwagon Driver in 2016, is a two–time Calgary Stampede GMC Rangeland Derby Champion, a two–time Calgary Stampede Aggregate winner, and received the WPCA's highest annual honor when he was named the Chuckwagon Person of the Year for 2013. He has had five horses named to the WPCA Equine Outfit Of Excellence, won the Calgary Stampede's Safe Drive Award for the Least Penalized Driver in 2007. He holds the track record at the Ponoka Stampede, and since joining the WPCA back in 2003, Luke has collected sixteen major titles.

Previously a member of the on the Canadian Professional Chuckwagon Association (CPCA), Luke won fourteen CPCA show championships, twice qualified for the CPCA’s championship dash, and along received the CPCA's Chuckwagon Family of the Year in 2001. He is the father of outrider Quaid Tournier, father–in–law to fellow driver Logan Gorst, and older brother to former competitor Léo Tournier. Luke and his wife Michele have three children - Shalyn, Lane and Quaid - and three grandchildren. The Tournier’s make their home in Duck Lake, Saskatchewan.