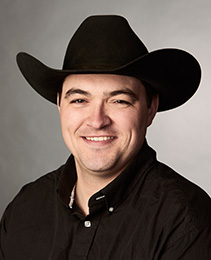 2020 will be Lane’s first season on the WPCA Pro Tour, and he will be making his first start as a chuckwagon driver at the Calgary Stampede GMC Rangeland Derby as well. Last season, while competing on the Canadian Professional Chuckwagon Association (CPCA) circuit, Lane posted 6 top ten runs, including 3 runs that cracked the top five. He drove the demonstration race at the Calgary Stampede, and a seventh-place overall finish at the Wainwright Stampede was his best of the year.

A second generation chuckwagon driver, Lane is the son of chuckwagon legend Luke Tournier, brother to outrider Quaid Tournier, and brother–in–law to fellow driver Logan Gorst. Lane works as a horse chiropractor in Phoenix, Arizona in the off season, and enjoys all sports, but mainly hockey.  Lane and his longtime girlfriend Leah make their home in Blackfalds, Alberta.