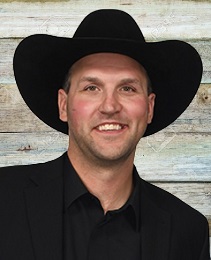 The 2021 saw Kurt drive two wagons all season long, where he captured the Bonnyville Chuckwagon Championship, and posted a remarkable 46 top ten runs, includining 11 first p[lace runs, and 15 additional runs that also cracked the top five. He qualified for "Semi-Final Saturday" at the Battle of the Foothills, and twice qualified two wagons into the the championship final heats at the Bonnyville Chuckwagon Championship and the Battle of the North. He placed one wagon inside the top ten overall at every WPCA show championship in 2021, and placed a second wagon inside the top ten overall at all but two show championships.

Kurt has twice won the WPCA Clean Drive Award, was the recipient of the WPCA's Most Improved Driver in 2001, and won the Calgary Stampede's Orville Strandquist Award for Top Rookie Driver in 2002. He is the youngest man in WPCA history to qualify two wagons into a single championship final heat at the 2002 Battle of the North. Kurt is a third generation chuckwagon driver whose brothers Dave and Chance are chuckwagon drivers as well.

A two-sport athlete, Kurt was part of the Bentley Generals that won the 2009 Allan Cup – symbolic of Canada’s senior hockey champions. Kurt and his wife Ashly have three daughters - Harlee, Hayze and Vahn, and make their home in Dewberry, Alberta.