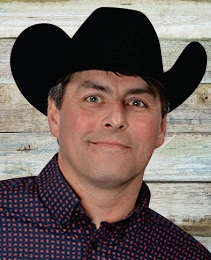 Vern won the WPCA Clean Drive Award for two consecutive years in 2018 and 2019, received the Herman Flad Memorial Award, symbolic of the WPCA’s Most Improved Driver, and has had three horses recognized on the WPCA and Calgary Stampede Equine Outfits of Excellence. He has qualified for the Calgary Stampede’s championship final heat three times and six times he qualified for the GMC Rangeland Derby’s “Semi-Final Saturday.”

Vern works as a carpenter in the off season and enjoys sleigh rides, fishing, hunting, driving his Percheron Team, and going to the rink with the kids. Vern and Lisa Bensmiller have seven children - Brett, Brendan, Cruise, Paynton, August, Sienna and Madelyn - and make their home in Dewberry, Alberta.