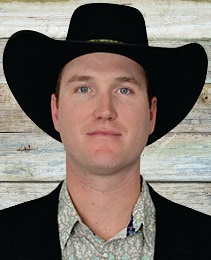 A 4th generation wagon man, Jordie enjoyed his finest seasons in 2021, placing a career best fifth in the World Standings for the first time in his career. The 2021 season saw Jordie post 13 top ten runs, including 5 runs that placed inside the top five. He was a model of consistency, placing inside the top 10 overall at 5 consecutive show championships at Dewberry, High River, Strathmore, Bonnyville and Dawson Creek.

Jordie was the WPCA’s Top Rookie Driver in 2010 and became just the fourth driver in WPCA history to qualify for the Calgary Stampede Rangeland Derby in his rookie year. His career best finish on the WPCA Pro Tour was a runner-up finish at the 2012 Strathmore Heritage Days Stampede, and in 2019 he qualified for his first career championship final heat at the season ending Century Downs "WINNERS' ZONE" World Finals.

Jordie spent his first two years as a driver on the CPCA circuit where he won the Saskatoon Exhibition Derby, was the CPCA’s Most Improved Driver in 2009, and received the CPCA’s Most Sportsmanlike Driver award in 2008.

Jordie is a 4th generation wagon man whose great-grandfather Wilbur David started the family tradition in the late 1950’s and his grandfather is chuckwagon legend Ron David. Jordie is the older brother to fellow driver Chad Fike, and played 2 full seasons with the Portland Winter Hawks of the Western Hockey League. Jordie and his wife Tamara have two daughters - Teal and Lawni - and make their home in High River, Alberta.