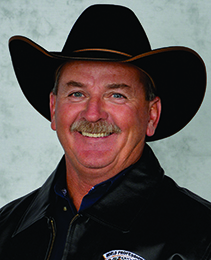 In a relatively short career as a chuckwagon driver, John has made his mark with 4 show championship wins, six horses named to either the Calgary Stampede or WPCA Equine Outfit of Excellence, winning the WPCA Clean Drive Award in 2017 and receiving the Herman Flad Memorial Award for the WPCA’s Most Improved Driver in 2011. The 2019 season saw John post 14 top ten runs, including 1 first place runs and 7 runs that also placed inside the top five.  For the second consecutive year he qualified for the championship final at the Medicine Hat Stampede, and five top ten overall aggregate finishes were his best of the year.

John’s chuckwagon career began in 2009 on the Canadian Professional Chuckwagon Association (CPCA) circuit before making the move up to the WPCA in 2010.

Originally from Czar, Alberta, John's father Wordon Walters raced chuckwagons, chariots and pony wagons for many years starting in the late 1940's, and his brother is former driver Ken Walters. John is a rancher and is the owner of John Walters Fencing - a custom fencing business in the off season - and enjoys hockey, hunting and being with horses. John and his wife Bonnie – the recipient of the 2018 Ty Tournier Memorial Award - have six children, twelve grandchildren and make their home in Delburne, Alberta.