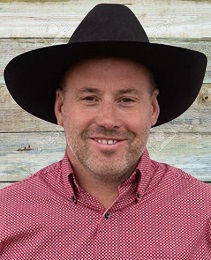 A veteran driver who split his time between the WPCA Pro Tour and the Western Chuckwagon Association (WCA) circuit, Derek won the Rio Grande Rodeo en route to capturing his first WCA Championship in 2021. He made his debut with the WPCA at the Battle of the Foothills in High River, and finished the year in 21st place in the World Standings. 2021 saw Derek post 6 top ten runs, including a day money run at the Rio Grande Rodeo and two other top five runs. The win at Rio Grande and a fourth place overall finish at the Teepee Creek Stampede were his best of the year. Derek was the Western Chuckwagon Association's Top Rookie Driver in 2011 and received the WCA's Masters Award in 2019. He has won 3 show championships on the WCA circuit , and was the Aggregate Champion at the Grande Prairie Stompede in 2017.

Derek started driving pony chuckwagons in 2001, and through the help and encouragement of former drivers Kelly Sutherland, Rick Fraser, Neal Walgenbach and Nathan Sales, he made the move to thoroughbred chuckwagons in 2011. Derek enjoys hockey, golfing, baseball and travelling in his spare time, and works as a production foreman for ARC Resources in the off season. Derek and his wife Dale have a son Fraser and make their home in Grande Prairie, Alberta.