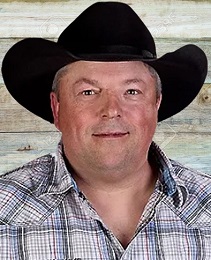 Another veteran driver who split his time between the WPCA Pro Tour and the Western Chuckwagon Association (WCA) circuit in 2021, Dean returned to the WPCA for the first time since winning the Top Rookie Driver on the WPCA's Second Circuit in 1999. 2021 saw Dean post 6 top ten runs, including a day money run at the Rio Grande Rodeo and one other top five run. Top ten overall finish's at the Rio Grande Rodeo and Teepee Creek Stampede were his best of the year.

Dean founded the WCA in 2001 and  was the Western Chuckwagon Association Champion in 2016. He has won several shows on the WCA Circuit at the Rio Grande Rodeo and North Peace Stampede, and has twice won the Rycroft Race the 8 and the Teepee Creek Stampede, and on numerous occasions has received the WCA's Masters Award.

Dean is the son-in-law of chuckwagon legend Kelly Sutherland and father to fellow driver Tuff Dreger. He enjoys watching NASCAR in his spare time, and sits on numerous boards for shows in the Peace Country. He is the owner of Underground Enterprises - an oilfield construction and consulting company, and Rebel Rentals - an oilfield equipment rental and leasing business. Dean has three children - Cheyenne, Tuff and Dakota. He and his wife Tara make their home in Grande Prairie, Alberta.