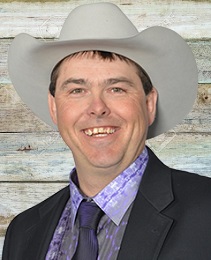 A veteran of sixteen chuckwagon seasons, Darcy is a chuckwagon driver, former outrider and a very captivating individual, 2021 saw Darcy post 7 top ten runs including a day money run at the North American Chuckwagon Championship in Lloydminster, and 2 runs that cracked the top five.

A rancher in the off-season, Darcy is a graduate of Olds College and has two children - Layne and Cheyenne-Jill. He lists hockey, rodeo, team roping and hunting among his other interests and hobbies. Darcy and Richelle make their home in Bodo, Alberta.