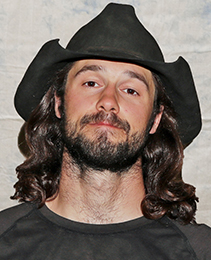 After taking the previous two seasons off, Cole returned to the 2019 WPCA Pro Tour with a bang, winning his first major event of his career at the Ponoka Stampede behind Mark Sutherland and posting additional victories at the Medicine Hat Stampede, Strathmore Stampede and the Century Downs “WINNERS ZONE” all with Kurt Bensmiller.

Cole was the 2015 WPCA Top Rookie Outrider and won his first show championship at the 2016 Battle of the Rockies outriding for Chad Harden. Cole learned the art of holding leaders for several years in the Western Chuckwagon Association (WCA) before shifting his attention to becoming an outrider, and made his debut ride for Cody Ridsdale in 2014 on the last day of the season in Rocky Mountain House.

Cole is the grandson of former driver Glen Somerville and the son of former driver Kelly Somerville. He works in the oilpatch in the off season and enjoys hockey, music, playing guitar, working out and carpentry as his hobbies. Cole's girlfriend is trick rider Korrie Stewart, and makes his home in Manning, Alberta.