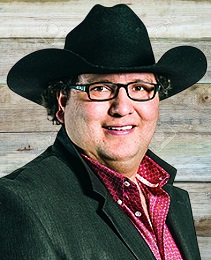 A second generation chuckwagon driver, Cody has been a model of consistency over the past 3 seasons, placing inside the top ten in the World Standings, two out of three years. 2021 was another solid season for Cody. A second place run at the Dewberry World Chuckwagon Races and a sixth place run at the Bonnyville Chuckwagon Championship resulted in a fourth place and tenth place overall finishes respectively in the two shows which were his best of the year. Cody won his first show championship in 2018 at the Medicine Hat Exhibition & Stampede, and in 2019 he qualified for the semi-final round at the Ponoka Stampede, made the playoff round at the inaugural Century Downs World Finals.

Cody started his career at the tender age of 15 with the Western Chuckwagon Association (WCA) in 2003 under the watchful eye of his father, former Calgary Stampede track record holder Glen Ridsdale. During his time with the WCA, Cody won 3 WCA show championships, and qualified for the championship final heat at the WCA’s season ending event in Dawson Creek in 2007.

Originally from Paddle Prairie, Alberta, Cody and his fiancée Katrina make their home in Fairview, Alberta.