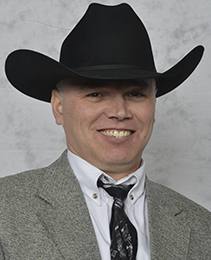 A veteran and Champion entering his 22nd season on the WPCA Pro Tour, Chad has won many of chuckwagon racing's most prominent events including the Calgary Stampede Rangeland Derby, Edmonton's Chuckwagon Derby and the Ponoka Stampede, and holds the track record at Century Downs Racetrack and Casino.

Chad received the prestigious WPCA Chuckwagon Person of the Year Award in 2006, won the Calgary Stampede's Orville Strandquist Award for top rookie driver in 2001, has had 4 horses named to the WPCA and Calgary Stampede Equine Outfits of Excellence, and was the WPCA's Top Rookie Driver in 2000. He has been a semi-finalist at the Calgary Stampede three times, and in 2009 he became just the third driver to boast wins in both of Alberta’s major cities (Calgary and Edmonton) in a single year.

In the off-season Chad is a talent scout for the Calgary Hitmen of the Western Hockey League and owns and operates Generation Chemicals Inc. - an oilfield chemical company. He is a third generation chuckwagon driver, whose grandfather Leroy Harden and father Robert Harden drove wagons for many years. Chad has 4 children - Montana, Cheyenna, Dawson and Denver - and makes his home near Mulhurst Bay, Alberta.